Due to an unfortunate recent event earlier this week, I have contemplated in not sharing this. But this shit has been eating at me since.  I would be crazy not to share it. Also, I’m sure there are some new mamas out there who have struggled with, let’s just say it…

Our society finds it perfectly fine to over sexualize women in movies, magazines, social media, and really everywhere. But day in and day out there is a mother out there, who gets scrutinized for nursing her baby in public.

Why is it accepted to have women show cleavage, even get breast implants to exploit those so called assets? However, when a mother wants to nourish and feed her infant outside her home, it’s shunned upon.

“Humans are among the slowest growing of all mammals. One important feature of all non-human mammals is that they suckle their young until they are able to become independent. Breastfeeding is the crucial bridge between infancy and maturity.”  ~Platypus Media

So to all the people who smiled at my baby while she played on her highchair, but then gave me rude, hypocritical f*ckin looks, while I nursed her, shame on you!

AND NO! I don’t own a f*cking nursing apron or scarf! Cover your own damned faces.

FYI, I don’t feed into our superficial society on how women should look and dress.  I’ve learned my motherly importance and strength by myself, through other able-bodied women I’ve met, and will soon meet.

Here are some breastfeeding memes for your visual interactive stimuli: 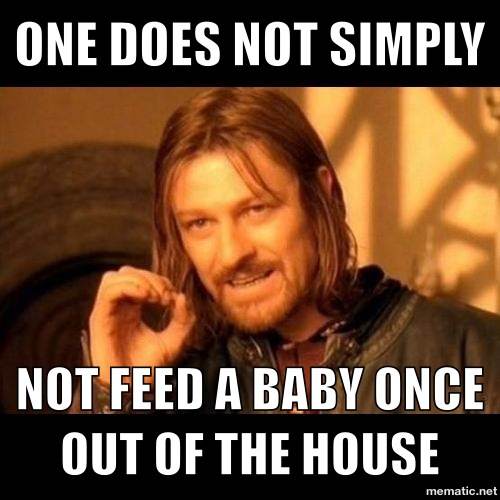 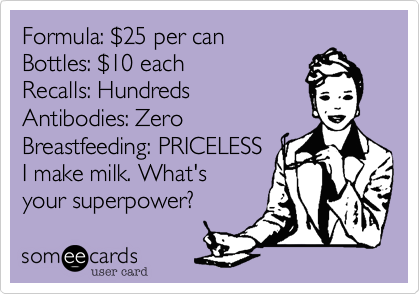 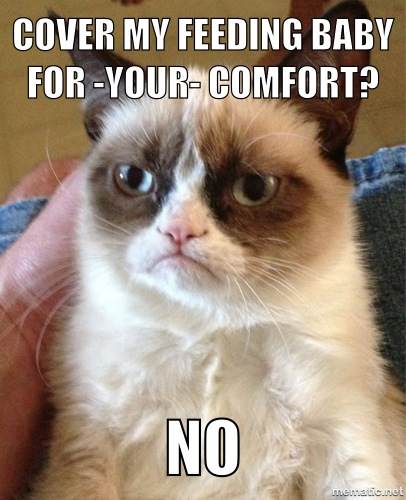 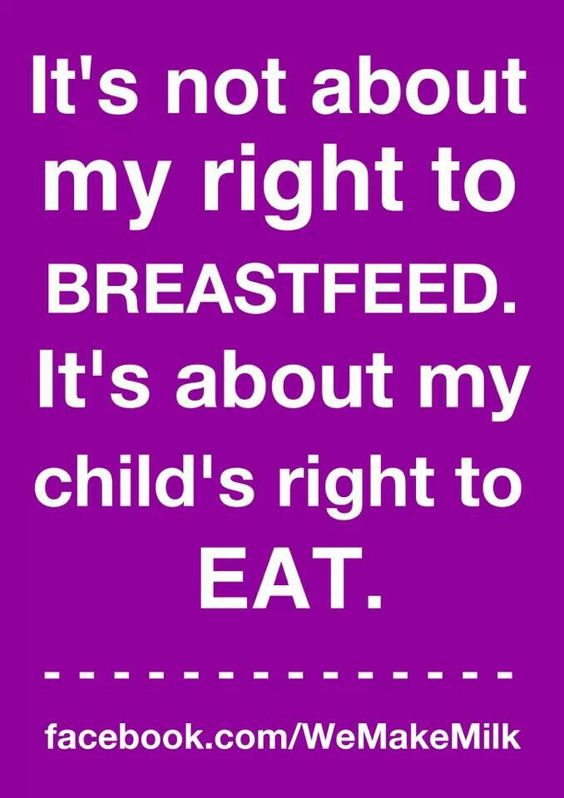 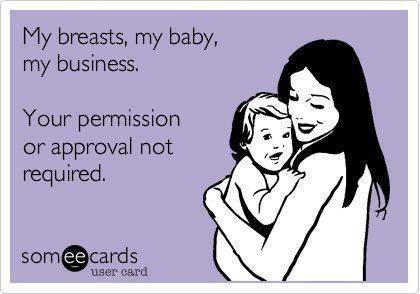 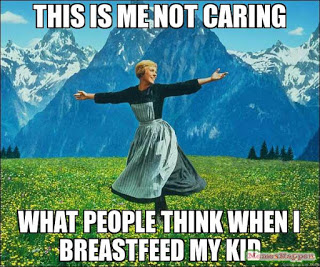 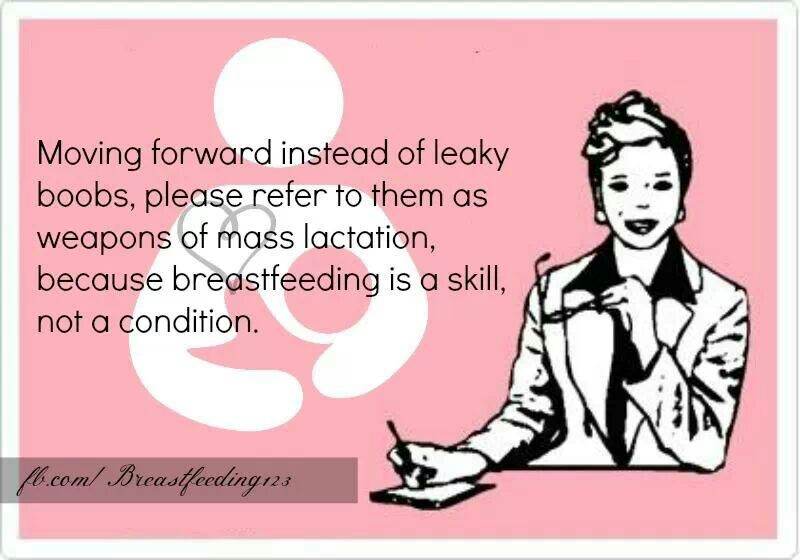 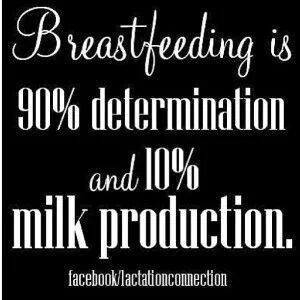 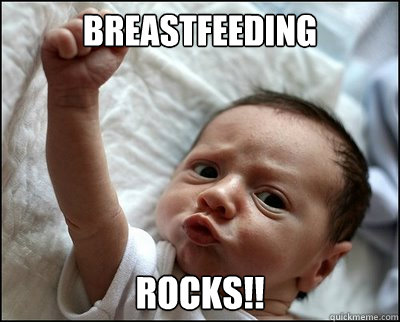 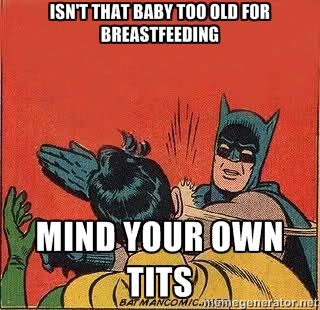 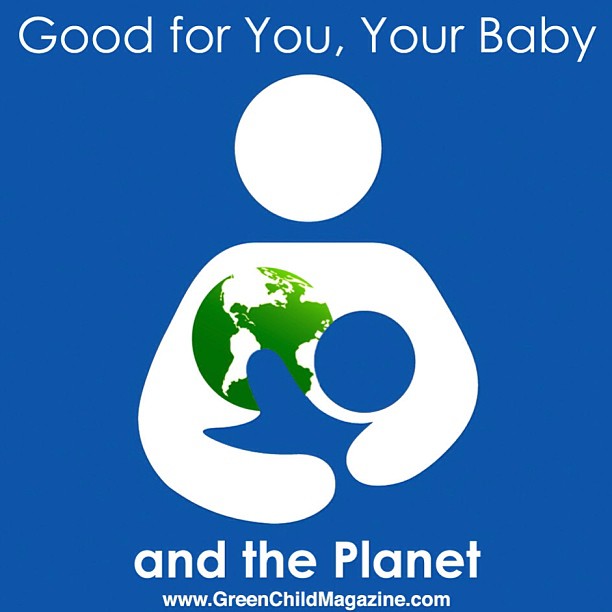 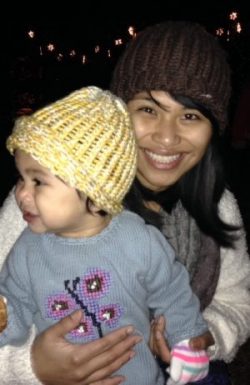 Hello! My name is Rachel and I am a…

Memoirs of a Mother, is a blog that I have created in order to provide myself an outlet to document my experiences of becoming a mother. My goal is to share my findings and array of knowledge I come across as a new parent.